From Kyle, a Banker of three years and Judy, approaching her forty-second year as a Teller, to Lake-Sumter District Manager, Randy; the volunteers from Wells Fargo span age, careers, and experiences –yet they have one important thing in common: Giving Back.

Twenty-one volunteers from Wells Fargo worked at two Habitat for Humanity of Lake-Sumter build sites on Saturday, April 27th. Spread between the home being built in Oxford and another in Eustis, in one day alone, Wells Fargo volunteers painted, caulked, and contributed over 84 volunteer hours and donated $15,000 to Habitat’s home ownership program.

Annually, Wells Fargo hosts a statewide “Day of Service,” a day where team members are encouraged to engage in service projects by volunteering in their communities. Nationwide, “Day of Service” has generated over 2 million hours in volunteered time, awarded over $500,000 in grants to non-profits where team members volunteer; and ultimately, has created an environment where ‘community giving’ is embedded in the culture and attitude of Wells Fargo.

Branch Manager, Rane, says this year’s “Day of Service” is helping to build seven homes in Central Florida and thirty homes statewide, “In the past we’ve been able to partner with Habitat and it’s our go-to. Everybody loves helping to build a home.” Rane also says the commitment to their visions, values, and goals for community involvement is what led her to working with Wells Fargo.

One of Wells Fargo’s goals is “creating solutions for stronger, more resilient communities,” and this goal manifests itself through first time home buyer programs, NeighborhoodLIFT, and partnership with Habitat for Humanity of Lake-Sumter.

District Manager, Randy, has worked for Wells Fargo for ten years and has volunteered with Habitat for Humanity for the past five years; between painting, roofing, and putting up siding with Habitat and working alongside his father who is a general contractor, Randy has done it all when it comes to building a home.

However, working with his fellow team members provides more than volunteer hours. Randy says it cultivates purpose and community when they work together outside of the usual four walls; he finds that volunteering creates a different kind of bond that “translates into better partnerships and teamwork in the business.”

On why he volunteers personally, Randy says his goal is to leave things better, “Living and working in the community, I like to make it a better place. It gives me that sense of giving back and really helping families and individuals that need our support.”

Proving that the community involvement and camaraderie of Wells Fargo thrives because of the team members themselves, “I have the best team ever and we love being a part of it!” Randy shouts loud enough for every volunteer to hear. 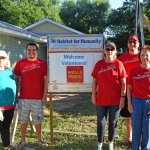 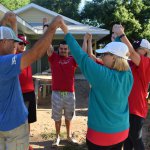 It’s not a hand out but a hand up! 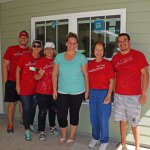 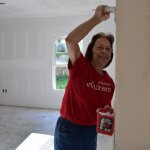 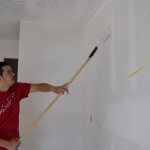 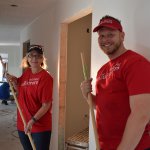 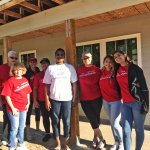 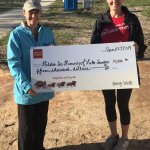 Rane Herzek ( Branch Manager at the Leesburg Wells Fargo) gave a check to our Director of Development Danielle Stroud. Thank you very much Wells Fargo! 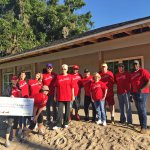 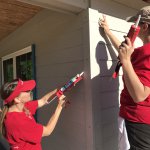 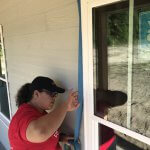 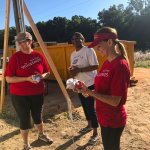