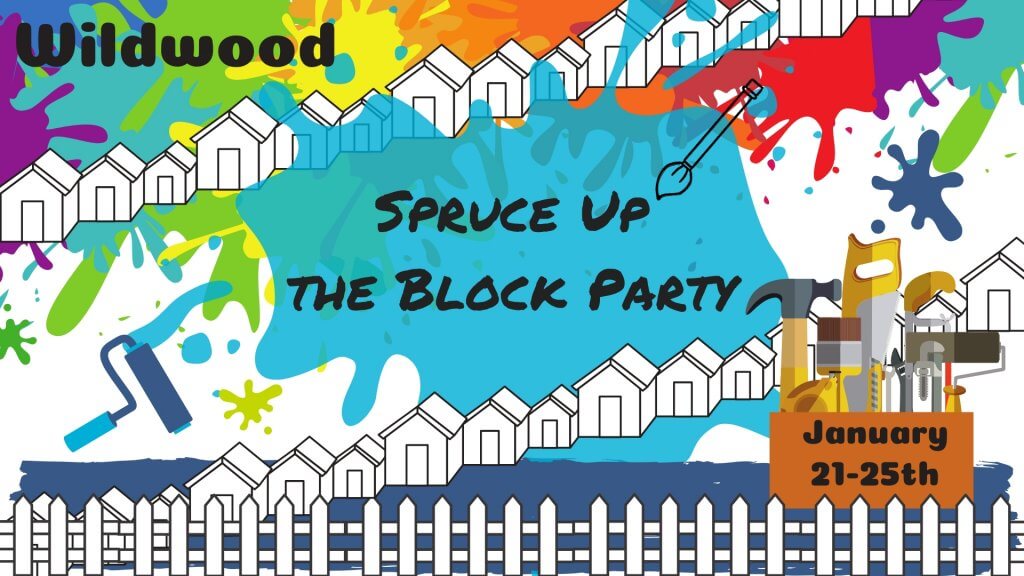 A Block Party with Habitat for Humanity of Lake-Sumter is a one-of-a kind event. Through our Preservation and Repair program, we host a few “Spruce up the Block” Parties throughout the year that impact neighborhoods as a whole; volunteers spread out over the radius of a neighborhood and clean, caulk, paint, and repair homes to beautify the exterior, make minor safety repairs, and come together as a community.

The week of January 21-25th saw dozens of volunteers filtering in and out of a Wildwood neighborhood, even on mornings so chilly some worried the paint wouldn’t dry, working and repairing 11 houses overall and sharing in the camaraderie of transforming a neighborhood.

Throughout the year, Veronica Troxell, Habitat Lake-Sumter’s Preservation and Repair coordinator works to serve around 50 families but a “Spruce up the Block” Party is one of her favorite ways to provide much needed services to multiple families at once. “Block Parties are great because they ask for the whole community to get engaged. There is a lot of satisfaction in working on a large-scale project and seeing the neighborhood completely reinvigorated at the end of the week. Our volunteers are vital in working with the community to accomplish such a big task and to bring a lot of new life to the community!”

Working alongside Veronica to make the Wildwood Block Party a success was Kevin Tucker. Kevin is a Preservation and Repair Specialist with Habitat Lake-Sumter and the President of the Habitat Villagers Club. Kevin rallied club members and residents of the Villages to head up the volunteer work during the week while finishing touches were completed on Saturday from Block Party sponsor, Rotarians from Rotary of the Villages Noon.

In regard to the incredible effort and success of the Wildwood “Spruce up the Block” Party, Kevin writes: 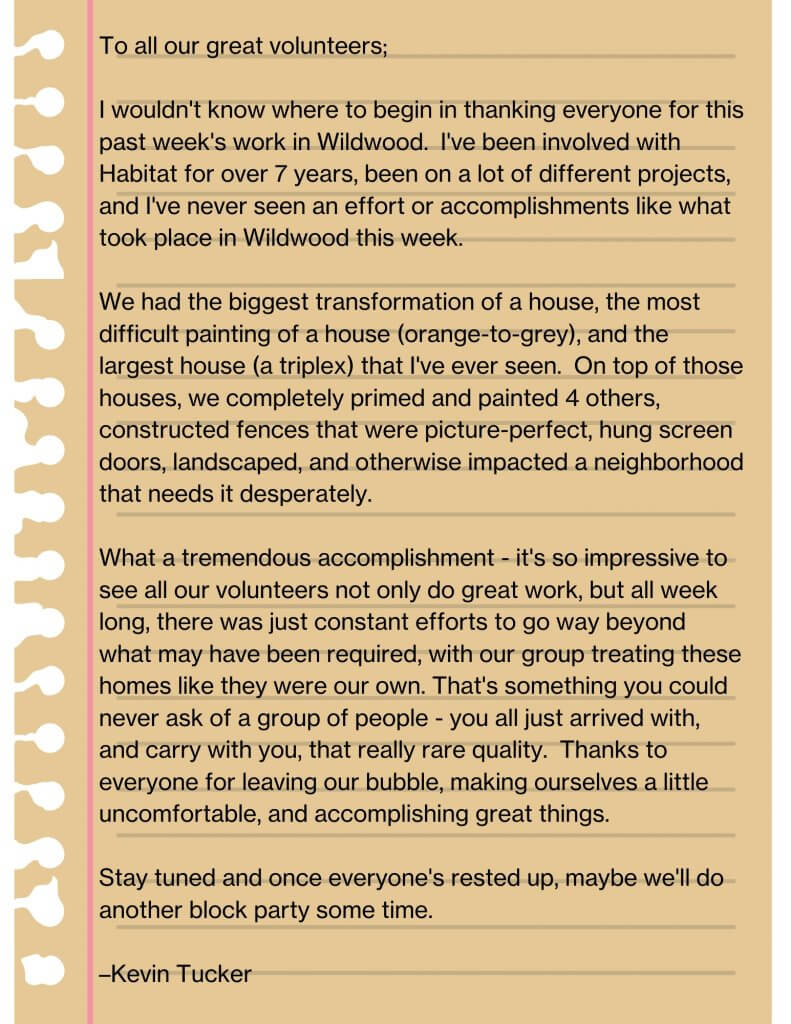 Are you interested in being part of this awesome club? Check out Habitat Lake-Sumter’s The Villages Club and get involved in what’ s happening next!