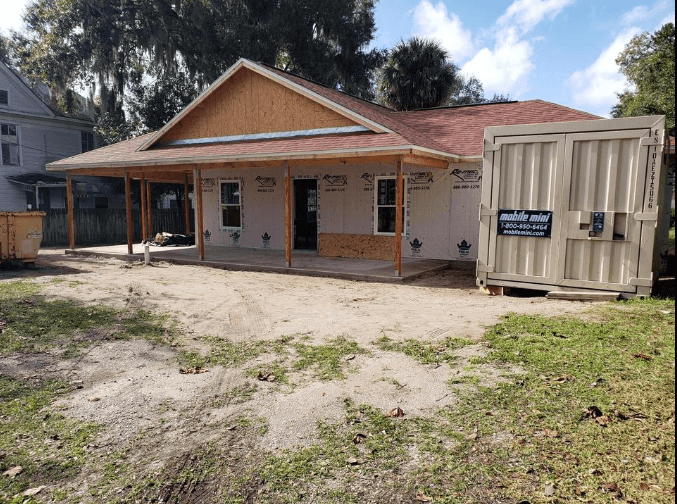 The show will feature Leesburg construction students, local tradesmen and other partners as they work together to build a Habitat for Humanity Lake-Sumter home in Leesburg. New 15-minute episodes will air the third Monday of each month on Lake Sumter TV.

LEESBURG — Those curious how high school students could help build a house from start to finish have an opportunity to find out.

Habitat Academy, a 15-minute television show documenting the Leesburg High School Construction Academy’s work on a Leesburg home with Habitat for Humanity Lake-Sumter, will debut Monday at 7:30 p.m. on Lake Sumter TV. The channel will also upload it to Youtube and play it again throughout the week.

“I think people are going to be surprised by the progress,” Red Apples Media President and Habitat Academy executive producer Marc Robertz-Schwartz said. “We’re just amazed at how quickly that home is going up.”

Red Apples will continue to visit the home at 107 N. 12th St. once monthly in order to record the episodes, which will be released around the third week of every month. Robertz-Schwartz said they waited till the end of the year to produce the first episode as the build — a collaboration between expert tradesmen, Habitat volunteers and 11 LHS construction students — needed a few months to get off the ground.

Now that the build is underway and the production schedule has been outlined, Robertz-Schwartz said they’re expecting to produce nine episodes of Habitat Academy.

Their aim will be to showcase the build as it goes up, with episodes themed around the progress of the house.