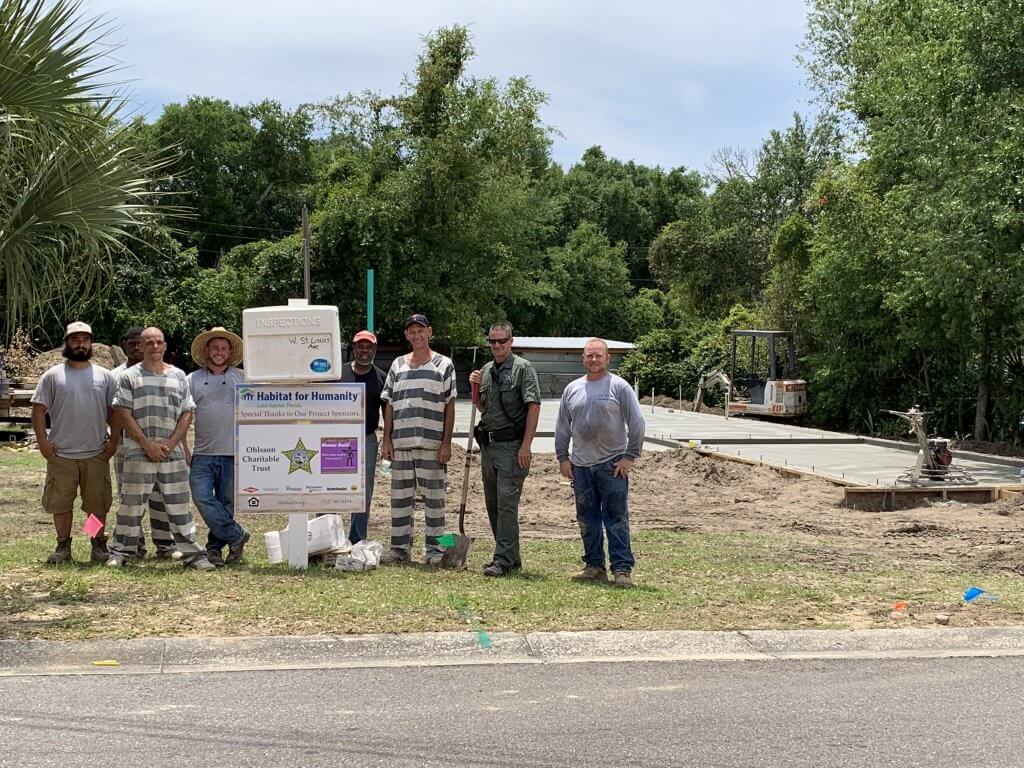 EUSTIS, Fla. — Normally volunteers are called upon to build homes for Habitat for Humanity, but there’s a new program in Lake County that allows inmates to do the labor instead.

Inmate Jared Hainey was convicted of possession, but today he possesses the ability to prepare for the future by learning how to construct homes side-by-side with professional home builders.

“(You’re) coming outside and being out in the community, seeing people and experiencing things to learn more toward a trade. And the freedom of being outside the jail is nice also,” Hainey said.

The Lake County Sheriff’s Office calls the program the “Inmate Construction Academy”. It’s for non-violent, low-level offenders. There are five inmates for every one deputy.

“Make sure their charges are low enough to work outside the building, and see if this is something that they can do,” said Deputy David Wolniak with the Lake County Sheriff’s Office.

The project is to lay down a concrete foundation. Inmates get one day taken off their sentence for every three days worked. In return, Habitat for Humanity gets free labor to build a brand new house for a family in need.

“It’s about learning and having opportunity after they get out of jail, as well as while they are in jail, giving back to the community,” said Danielle Stroud with Lake-Sumter Habitat for Humanity.