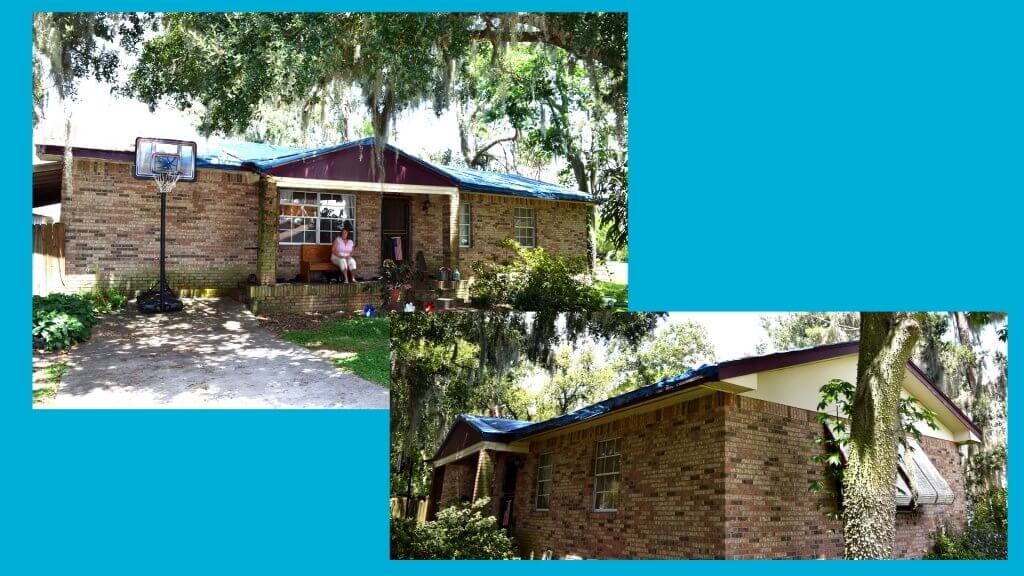 The repair of Joan and Henry Kanczurzewski’s home is something that has been long awaited but with the aid of Habitat for Humanity Lake-Sumter that call for assistance has finally been answered. After four years of living in a home in dire need of repairs they are now in the process of rehab through Habitat’s preservation program. “I’m happy that we’re getting the help we need” says Mrs. Joan. Who has faced numerous challenges in getting their home repaired.

The past few years has taken a toll not only on the family’s home but also their spirits. Their home was hit by two hurricanes back to back which caused extensive damage. In 2016 Hurricane Matthew caused severe roof damage of their Lake County home. In 2017 Hurricane Irma caused their ceiling to collapse which exacerbated the damage. Mrs. Joan and her family were not sure where to turn after dealing with insurance companies not covering the costs. After resources seemed bleak Henry Kanczurzewski called the United Way hotline, who connected them with Habitat for Humanity Lake-Sumter.

May 15, 2018 was the beginning of a positive shift for the Lake County family’s life. That day was the initial point of contact between Habitat Lake-Sumter and the Kanczurzewski’s. Since then Habitat has been committed to finding a way to assist them. Habitat’s Family Services coordinator Victoria Troxell has worked closely with the family over the last 2 years to ensure this multi-gen family receives assistance. After reviewing the extensive roof and dry wall damage, they are now in the beginning stages of repair. In Mid-September, the permitting process began, and plans are being made for the roofing company to begin construction in November. Owens Corning Roof Deployment will be donating the roof replacement through their program specifically geared towards Veterans. After the roof is repaired, Veronica says they are looking to team up with local vendors in the community to repair the interior of the home including dry wall and floor damage.

Joan says that she is filled with gratitude for everything Habitat Lake-Sumter has already done for her family. Joan and Henry live in the home with grandchildren Teddy, 14 and Alison, 27 along with Alison’s husband, Kory who is an Army Veteran. The Kanczurzewski’s raised Alison and Teddy along with their sister Mckenzie, 22. When asked about her family, Joan says her family are her “heart and soul.” And raising her grandchildren turned to be a “blessing in disguise”. Mrs. Joan’s love for her family runs deep and feels that the finished home repairs will bring the already close-knitted family only closer. Joan is looking forward to opening her home up to her extended family for the holidays after the repairs are complete. Facing this adversity together this family has learned even more about each other’s love, selflessness and strength. The Kanczurzewski family will forever be thankful for their newfound safety and security that Habitat Lake-Sumter’s Preservation & Repair program has brought.