How do inmates stay out of jail? By learning to build houses, sheriff says 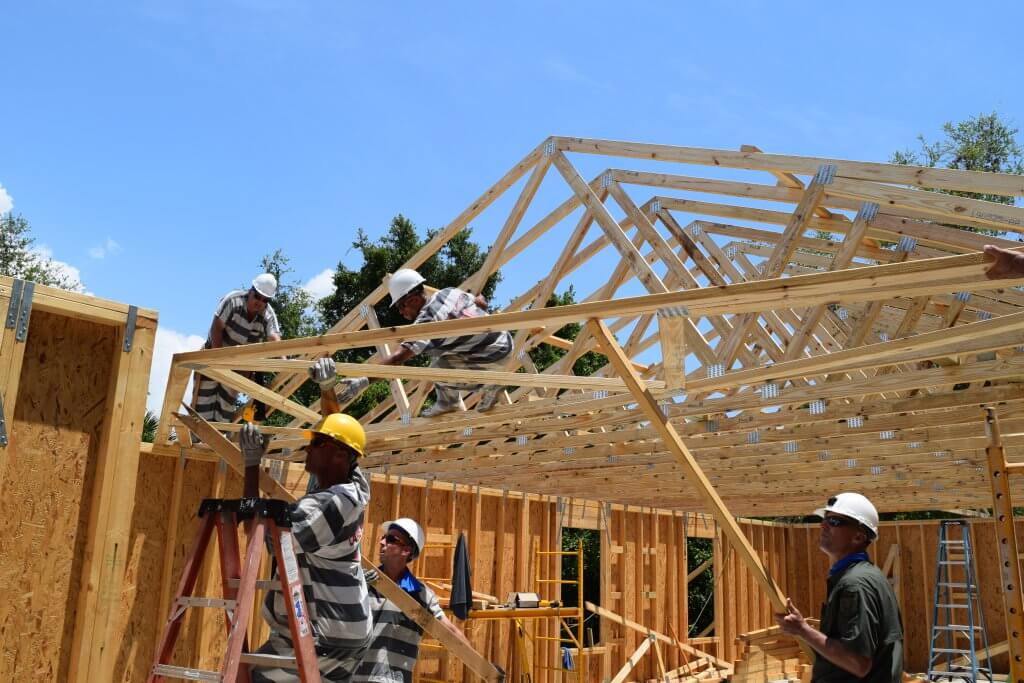 LAKE COUNTY, Fla. – Jared Hainey has been in the Lake County Jail for nine months for drug possession.

But he spends his days outside of his cell, in the fresh air under sunny skies. He spends six and a half hours a day on construction sites, building houses for Habitat for Humanity.

“It’s nice to come out here because you get away from being enclosed in a cage,” Hainey said. “And you get to come out and learn new things, see new people.”

“They have to want to do it, we don’t force them to do anything,” Jones said. “They’re staying focused, they get up early in the morning, our thought process is they’re going to take that same thought process when they leave here and go out there and get a job.”

Jones said all of the inmates participating in construction are low-risk inmates who’ve been vetted. All of them are supervised on all on the construction sites.

Hainey said his plan is to get a job in construction when he gets out jail.

“I learned a lot more about the building process, like right now we’re framing and decking and putting trusses on, stuff I have never done,” Hainey said. “Before you get out, you already have that foot up that you’re going to be working. And you’re already stepping forward and being productive in society and working already.”

“What I see a lot of time is people get into trouble because they don’t have that sense of purpose,” Jones said. “I think this gives them some of that.”

Click here for the full article and video by Erik von Ancken – Anchor/Reporter of News 6, ClickOrlando.com