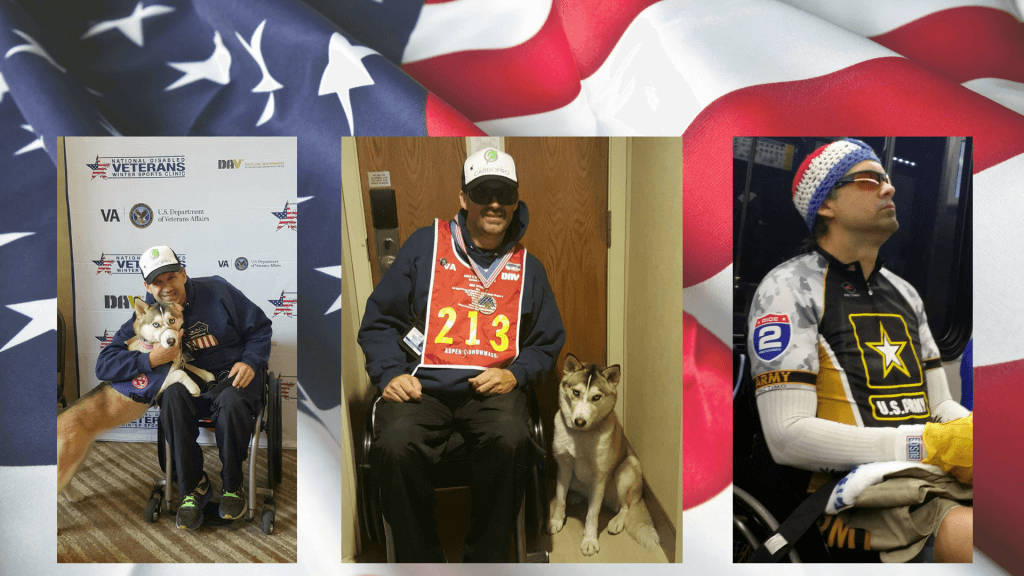 We knew when we built the Veterans Village that we would meet some people with remarkable backgrounds and unique experiences. After all, serving in the military is essentially a guarantee of at least a few good stories. However, among all of our homeowners in the Veterans Village, none stand out as defiantly and inspirational as Ike Fretz. Our most recent resident to move into the Village, Ike’s history of service is impressive, but it’s what he’s done – and continues to do – post-service that really galvanizes the warrior spirit.

Ike served in the United States Army from 1989 through 1994 and was on active duty for Desert Storm. During that conflict, he sustained an injury while working as part of a two-man evacuation team. His actions earned him several commendations but they also left him permanently injured and wheelchair-bound. It was several years into his recovery and adaptation process that a recreational therapist introduced him to adaptive sports, and it was the beginning of a brand new outlook.

Since then, Ike has won multiple gold medals in the National Veterans Wheelchair Games events, including power lifting, basketball, bowling, and hand-cycling, which he took to the extreme with a Washington-State-to-Washington-DC cycle in 2012. Ike says that when he competes in these games, he does so to honor other veterans that he holds dear, whether living or passed, and uses his actions in spite of adversities to inspire other veterans to keep fighting.

Because of his profound story, dedication, and impact, an anonymous donor took note of Ike’s placement into a Veterans Village home and decided to pay off Ike’s mortgage, in full, as a way of honoring how he served our country and continues to serve other veterans. We were able to surprise Ike and his caretaker, Sherrie, with the news on May 23, and have an opportunity for the donor to meet Ike and thank him in person. It was a truly moving experience and added yet another momentous chapter to Ike’s already extraordinary story.

We are looking for 8 - 10 volunteers to help a widow Veteran for our Memorial Day Project this year.... [+]

We are currently seeking volunteers for Memorial Day to lay flags for fallen vets at the Florida National Cemetery in... [+]

We are currently seeking volunteers to remove flags for fallen vets at the Florida National Cemetery in Bushnell. Contact our... [+]