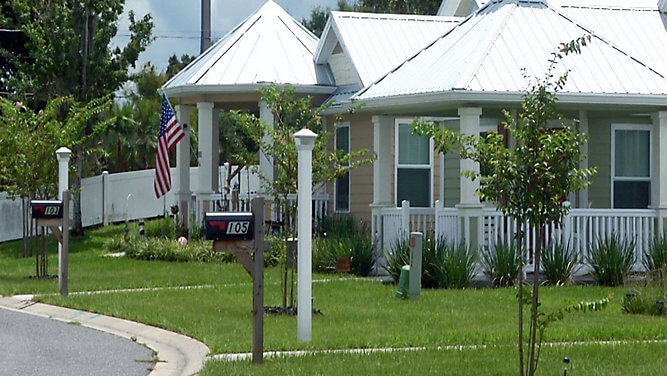 UMATILLA, Fla. — Habitat for Humanity of Lake-Sumter is done building homes in a Lake County neighborhood.

The 13 affordable homes are for veterans, activity military and spouses of those who have served.

It’s called the Veterans Village and it’s located in Umatilla.

Shawn Unger moved into the development at the end of June.

Unger says he went into the Air Force when he was 17 years old after graduating from high school.

“My parents had to give me permission to do so and sign a form, and then I reported to Lackland Air Force base in 1985,” he said.

Unger’s house is one of 13 Habitat for Humanity of Lake-Sumter started building in 2016.

We are looking for 8 - 10 volunteers to help a widow Veteran for our Memorial Day Project this year.... [+]

We are currently seeking volunteers for Memorial Day to lay flags for fallen vets at the Florida National Cemetery in... [+]

We are currently seeking volunteers to remove flags for fallen vets at the Florida National Cemetery in Bushnell. Contact our... [+]