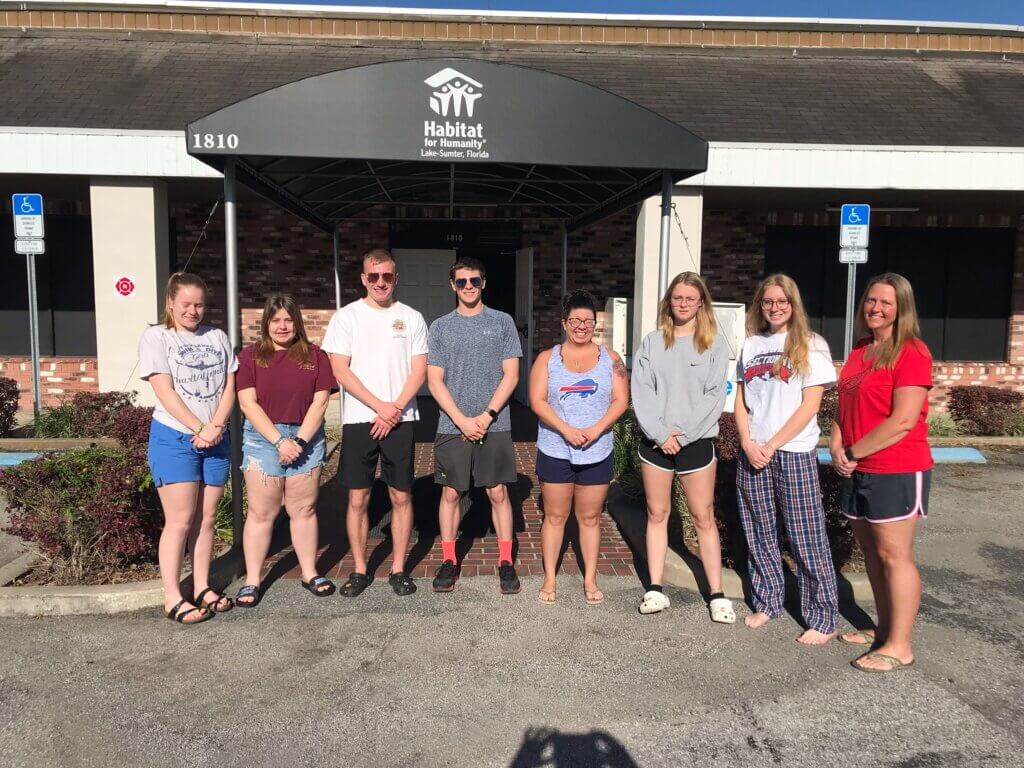 While some students spend spring break at the beach, a group from Frewsburg will be spending their time helping Habitat for Humanity.

Jennifer Swanson, a technology teacher at Frewsburg High School, and six members of the Structural Integrity Club will be traveling to Eustis, Fla., to help with various Habitat for Humanity projects over the week. The group is focused on using architectural and engineering skills learned in technology class. Students — including Jacob Constantino, Noah Collins, Hannah Forbes, Hannah Eckert and Brianna Rosequist and Katelyn Bean — will take off this Sunday, and will spend the week working on their assigned projects.

Habitat for Humanity is a nonprofit organization that helps provide affordable housing all across the world. Many projects include building homes for those in need, and will often include the homeowners themselves in building the homes.

The trip was supposed to take place in 2020, but due to the pandemic, it was postponed until this year.

“We were all set to go,” Swanson said. “We were supposed to leave in April that year, and everything shut down the month before.”

“During this alternative spring break experience, students will work with the local Habitat for Humanity organization,” Swanson said. “Projects for these opportunities vary depending on the current projects. Our group is currently slated to complete two projects that are in progress with some paint prep and painting, as well as outdoor cleanup.”

Swanson added that the facility the students will visit has several projects at this time. Students will be helping “wrap up” several of the projects.

“We’ve got some that are under 18, so there are certain jobs they can’t do; they can’t work with power tools if they’re under 18,” she said. “We’re doing some more renovation or restoration-type things, so we’ll be doing some cleanups, some painting, some pressure washing and scraping.”

Students who participate in the trip generally have to be students currently in Swanson’s technology class.

“It’s the students who are generally in my classes because they should be going through the program so that they know they have some knowledge of the things that they’re doing,” she said. “Other than that, they have first priority in being able to go because there’s limited space because we don’t take a bus — we’re flying down. The spots are open to the students I have in class first and then it would be open beyond that.”

Swanson commended her students on also being in good academic standing.

“I think all the students that are going on this trip are in the National Honor Society,” she said. “It’s a really good group of students who are going.”

Click here to read the full story from The Post-Journal