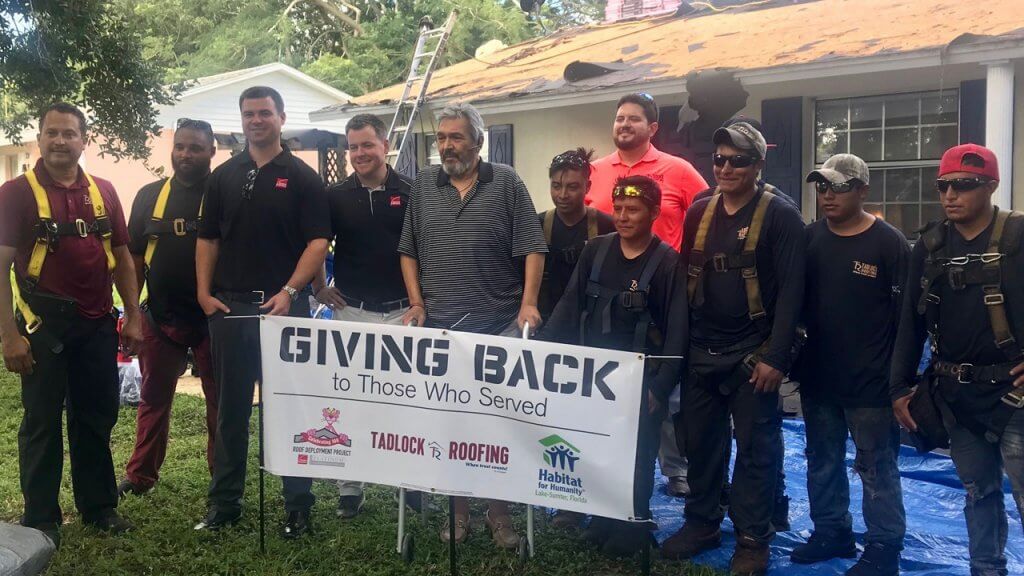 EUSTIS, Fla. (FOX 35 ORLANDO) – This 20-year-old roof has withstood the test of time and Mother Nature, but with threats from the insurance company to drop the homeowners coverage, it was time to replace it.

The timing couldn’t have been worse for retired veteran Edwin J. Sera, who served 20 years in the Army.

“I would do it again if I have the chance,” Seda said.

Just like his roof, his condition makes it difficult for him to keep going, but with help from a physical therapist and a walker, he persists.

“I broke my hip twice,” he said. “I broke my knee three times. And I have more bills than what I can afford.”

When he met with Tadlock roofing, the consultant knew he needed to help him in his time of need.

“Our consultant after meeting with him was so touched by his story and just who he was and his personality that we really wanted to dig in and see if there was a way to help him,” said Thomas Catalano, the branch manager at Tadlock Roofing.