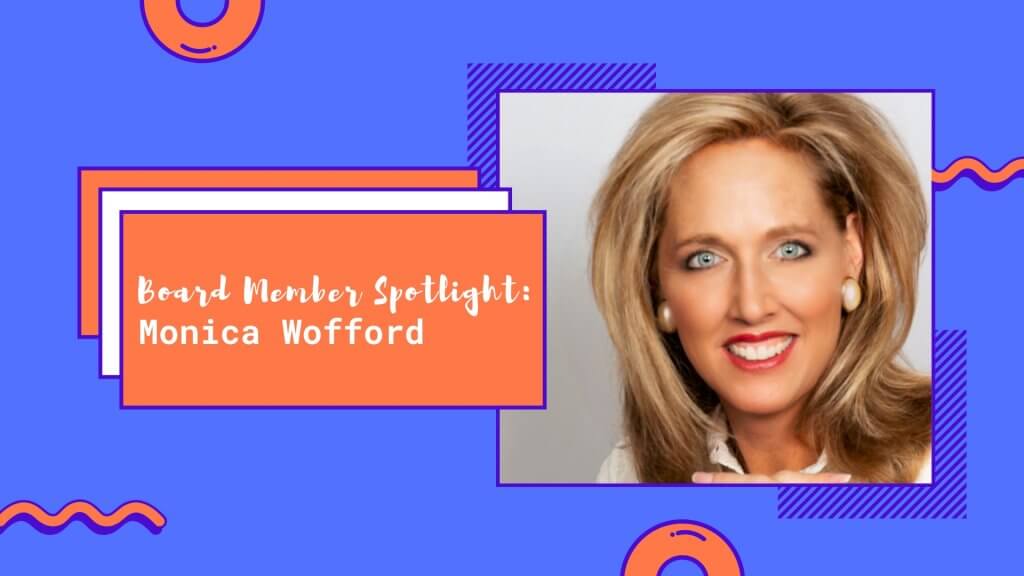 From fond memories to a sense of moral responsibility, one of Habitat for Humanity’s newest board members, Monica Wofford, appreciates both the joy and necessity of giving back.

Wofford recounted her earliest connections to the mission of Habitat which can be found in the walls of homes that have stood for decades. “Mind you, I must have been five or six at the time of those builds as those homes are now close to twenty years old,” says Wofford who’s grateful for the opportunity to return to Habitat in a leadership role.

The lasting impact of those early builds, the enduring nature of the structures she helped to build at that early age, exemplify the reasons she has again chosen to share her talents with Habitat. “Habitat for Humanity provides the structure that surrounds the family,” says Wofford. “Call it a house or home or dwelling, with that in place, there is greater potential for a family not to worry about the basics and to be able to focus on not only being a responsible member of a community, but on helping others.”

Wofford says that the cyclical nature of giving promoted by Habitat is what motivates her to contribute her time, resources and energy to the organization. As she puts it, “providing a family or veteran with a home to call their own, solves not only one of their greatest needs, but fulfills the needs of those who wish to give back with their hands and with service.” And with that “foundation,” Wofford believes Habitat’s homeowners are better positioned to pay-it-forward, creating exponential value as they “give or do for others in the community.”

In addition to her role with Habitat for Humanity, Wofford shares her time and expertise with The United Way, as well as the Lake County Republican Executive Committee, where she serves as Secretary. She says that her ability to work with non-profits in this capacity has ebbed and flowed with the seasonality of her own life and career and feels fortunate to now have time again to be involved with nonprofits that share her values of service to the community.

“There have been times in my life when I served on as many as five boards simultaneously. There have also been times when I have found the need to focus almost solely on building or growing my business and spending time with my family,” says Wofford who went on to note that she finds her service to the community comes from a combined sense of obligation and passion which she aptly describes as a “labor-of-love.”

The business Wofford has spent time building is the Contagious Companies, Inc. where she holds the titles of CEO, President and Founder. Wofford says she has had the privilege of professionally speaking to audiences, writing books, and training adults, and consulting leaders across various industries from healthcare and government agencies to tech and entertainment.

Danielle Stroud, Director of Development at Habitat for Humanity, says Habitat for Humanity is extremely fortunate to have added Monica Wofford to the organization. “She brings a combination of enthusiasm, experience and leadership that is extremely valuable on its own,” says Stroud. “But her ability to elevate the conversation and the talents of those around her is immeasurable for an organization with an already exceptionally strong board of directors.”

Wofford says she’s looking forward to sharing the skills she’s acquired and developed as she built and led her company and is excited to learn new skills by serving Habitat for Humanity and working closely with the other talented staff and board members that serve the organization. “Our goals as an organization are exciting and our leadership is certainly doing a masterful job in both running and growing the results of every board and team members’ efforts,” says Wofford.

“We share Monica’s sentiment that working with, and for, Habitat is both a labor-of-love and an opportunity to satisfy a moral responsibility to the communities we live and work in,” says Stroud. “We’re excited to tap into that passion and look forward to helping Monica create even more fond memories of working with Habitat for Humanity!”