A Year of Memories and Milestones 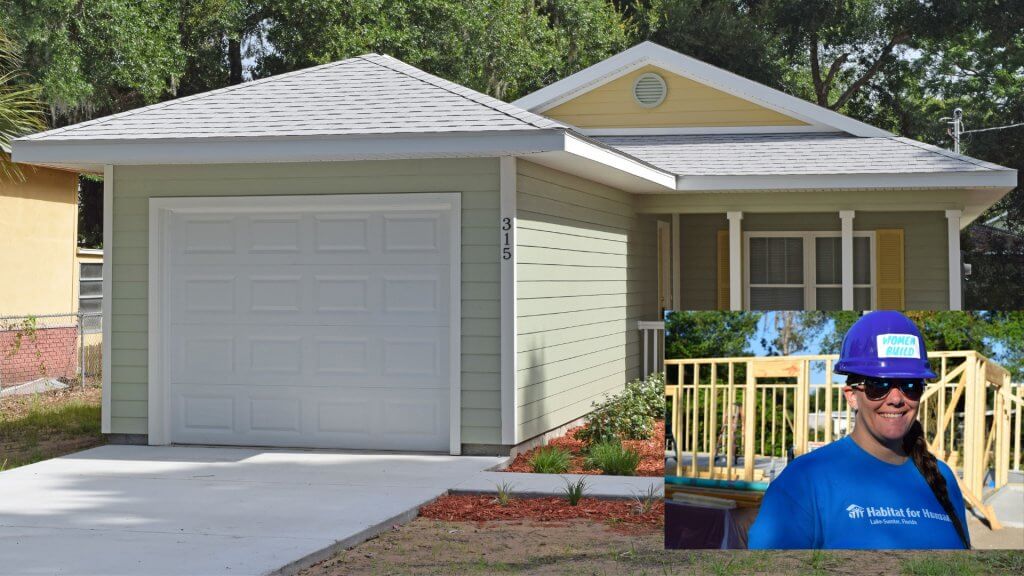 Jessica Strunk has a lot on her plate, including the immense challenge of being a single mother of two young boys, but that hasn’t stopped her from charging through 2019 with her sights set on several significant milestones, one of which was owning her own home.

Jessica and her “little family,” as she calls it, moved in with her mother in August of 2019 along with her promise that she just needed a year to “figure everything out.” And now, with her home nearing completion, she’s poised to make good on that promise as her and her boys, eight-year-old Collin and four-year-old Clayton, are about to move into a home of their own.

As the Program Manager for an Adult Day Training Program, Jessica works with adults with developmental and intellectual disabilities. Her boss, Dr. Paula Whetro, who heads up Building Blocks Ministries in Minneola, Florida, first introduced her to the idea of working with Habitat for Humanity of Lake-Sumter to own her own home for the first time. A home she lovingly tells her boys will be their “forever home.”

The pair, Jessica says, are very close, even though they have a 4-year age difference. But, that doesn’t stop them from being excited about having their own rooms. So excited in fact, that 4-year-old Clayton asks to move in on a daily basis because he doesn’t quite understand that a house can have doors and windows and still not be 100% complete.

Jessica, however, has a bit more insight on what it takes to complete a home now that she’s put in her sweat equity with Habitat for Humanity of Lake-Sumter as a member of the “Women Build” event team known as  “The Uplifters.” Although this wasn’t her first time swinging a hammer, Jessica says she did complete some tasks new to her as she installed window frames, built a wall and attached hurricane straps around the entire house.

If raising two young boys, building her first home, managing a day program for adults with learning disabilities and putting in sweat equity with Habitat for Humanity wasn’t enough, Jessica is also on track to complete her Bachelor’s Degree in Psychology with an emphasis on Applied Behavior Analysis by the end of the year.

About the time her own home is complete, Jessica will be celebrating another milestone, turning 30 in late July. And while she noted that she’s always enjoyed entertaining friends and family at the homes she’s rented, she’s also incredibly excited to finally be inviting them to gather for a celebration in a home she can call her own. For a family led by a young woman with so much ambition, this surely won’t be the only celebration to grace the Strunk household.