Habitat to Americorps: A Volunteer’s Journey 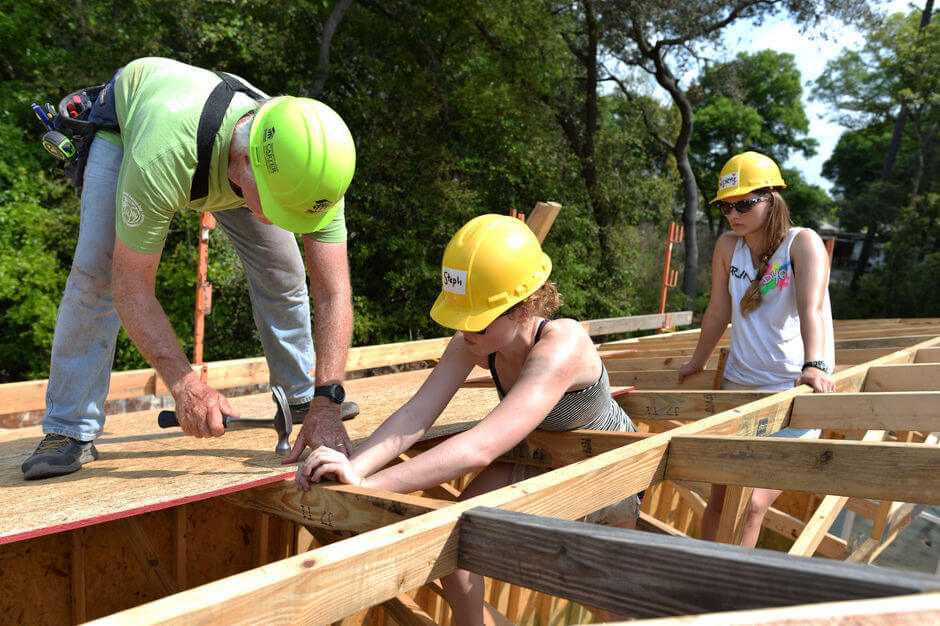 At twenty years of age, what does the strong, independent woman look like today in America? Is she well spoken and hard working? Does she desire unique experiences and the ability to give back to her community? Well, Monica Couture, a young woman from Lake County has shown to be all of these things. And Habitat for Humanity has just been one pit stop on her way to changing the world, one project at a time.

Jennifer Couture, Monica’s mother, commends her 20-year-old daughter for her maturation into a confident and independent woman. She even credits Habitat for Humanity of Lake Sumter for helping to build this self-reliance and strength of character. Since her initiation into the world of service and volunteerism, which started with a Habitat build in Lady Lake, she has moved on to more exciting and unique opportunities, including the work she has been doing with AmeriCorps.

A little bit about AmeriCorps … this remnant service group from the FDR administration’s Civilian Conservation Corps engages more than 80,000 Americans in intensive service each year at 21,600 unique sites. This includes nonprofits, schools, public agencies, and community and faith-based groups across the country. Since the program’s inception in 1994, more than 1 million AmeriCorps members have contributed more than 1.4 billion hours in service across America, according to nationalservice.gov.

But how does a girl from Central Florida get plugged in with a group like this? Jennifer recalls it was spring of 2014 when her employer, Citizens First Bank, was the sponsor of a Habitat for Humanity house being built in Lady Lake.

“My daughter joined me on the work site and enjoyed helping,” Jennifer says. “I went back again by myself and that is when I met the AmeriCorps members and came home to tell Monica about it. I thought it would be a great opportunity for her.”

At first, Monica wasn’t so sure. She wasn’t immediately convinced AmeriCorps was for her. However, after Monica did her own research, she discovered it was what she wanted to experience. She also became more inspired to get involved during a church service when she heard her pastor preach a sermon about serving others. So, the tools and the foundation for a life of service had already been provided…

And Monica has done just that. Her first job with AmeriCorps was working on two houses in Montana for Habitat for Humanity. She also performed trail work in San Jose, California, and fire burn control on Catalina Island

“Her most inspiring project was at Camp Kostopulos in Utah working with people with disabilities,” says Jennifer, who marvels at how her daughter’s AmeriCorps involvement has been an enriching experience.

“She has gained self-confidence and independence,” Jennifer says.

“She has a caring and giving heart to help others and is going on her first mission trip to Honduras. She would have never been brave enough to do this without her AmeriCorps experience.”

Monica is currently attending Lake-Sumter State College for her associate’s degree, and she aspires to attend University of West Florida in Pensacola for her bachelor’s in applied behavior analysis.

Jennifer believes Habitat for Humanity and AmeriCorps will leave a lasting and positive effect on Monica.

“She has gained a deeper appreciation for what is involved in a Habitat for Humanity build, and AmeriCorps is a program that changed her perspective on herself and helped her grow and develop as a person,” Jennifer says. “It was often hard work, but worth it in the end.  She talks about her experience often and of the lifelong friendships she has gained.”

And Jennifer proudly notes her daughter’s enriching experiences and travels with AmeriCorps all began with a Habitat for Humanity build in Lady Lake. And, yes, we are sure we will hear great things about her experiences for years to come. 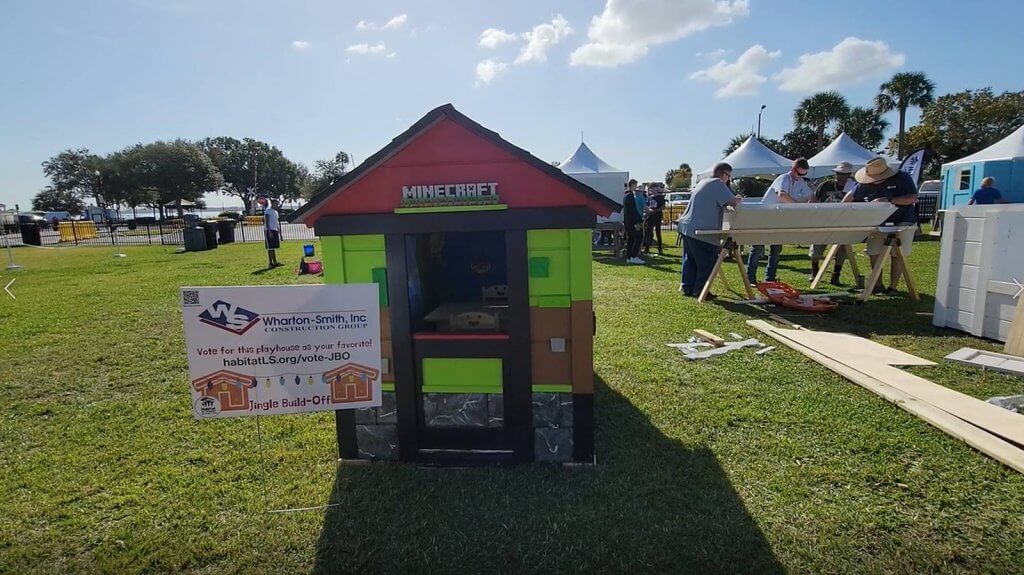 This year’s was the largest playhouse building event so far, as 13 different playhouses were built for donating to kids for the holidays.

Teams competed to build their houses and have them showcased in the Tavares Christmas Parade and Celebration.

The playhouses will stay on display for one week, allowing residents to vote for their favorite.