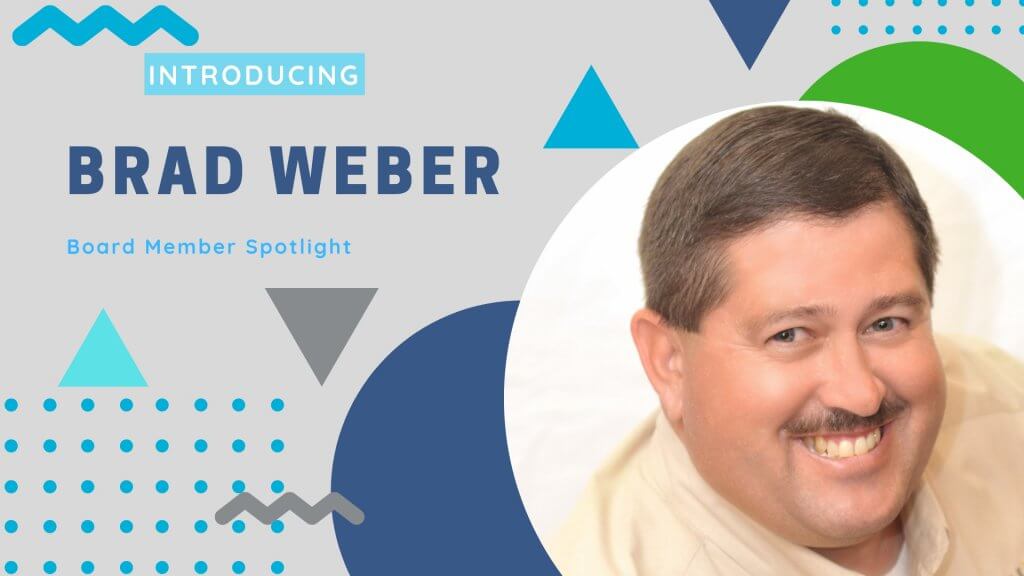 “Success is Built on Relationships” – a powerful statement and one of the many mantras of Brad Weber, who was recently appointed to the Lake-Sumter Habitat for Humanity Board of Directors.

Weber brings a variety of experience earned over his thirty plus years in the banking industry where he has worked in consumer, commercial and agricultural lending. He also holds a Bachelor of Science in Business Technology from Barry University and is a graduate of the Graduate School of Banking of the South at Louisiana State University.

Through his work in the banking industry, he has been involved in finance, marketing, staff development and strategic planning. Weber makes special note of the people and relationships he’s formed during his tenure as a banker. “My lending background has allowed me to work with people from all types of industries and walks of life in helping them realize their dreams,” says Weber who looks forward to seeing where his experience can best benefit Habitat for Humanity of Lake-Sumter.

Weber’s connection with Habitat started when he first volunteered his time to help build a home sponsored by Citizens First Bank roughly five years ago and has continued as he has volunteered to help with a number of other Habitat for Humanity projects since that time. During the past five years, Weber has built more than homes for Habitat, he’s built relationships with a team that works to deliver new homes to members of our community. “I have built relationships with several staff members, and truly learned the true mission of Habitat through their actions,” notes Weber.

The Boys & Girls Club, The Boy Scouts of America, Lake Sumter State College and the local Chamber of Commerce have all been beneficiaries of Weber’s enthusiasm for volunteerism yet, true to his philanthropic spirit, Weber says it’s his career that has grown through the opportunities he’s had to serve those organizations.

He says the experience of working with Habitat has given as much to him as he has to the organization. “At this point in my life, and after having witnessed a number of families be handed the keys to their dream come true, their first home; and experienced the emotion and passion of that moment, this became my reason to serve Habitat,” says Weber.

Weber hopes to use his experience and talents to support the idea of an incubator community that could potentially create affordable housing that remains accessible for generations to come. “This community could solve several struggles such as providing affordable workforce housing, teaching families how to be a part of a community and providing opportunities for financial growth,” says Weber. It’s just an idea for now, however, it has the possibility to move into reality and thereby improve home ownership opportunities for families.”

Building communities such as this one goes back to the heart of Weber’s mantra: success is built on relationships. “Success is a community of people who can rely on each other, people who joyously and enthusiastically strive to lift each other up on a personal level, says Weber.  “This feeling is not only contagious, but also exponentially raises the confidence and productivity of each of us in a community, resulting in a much higher quality of life.”

Weber’s enthusiasm for the local community also resonates at a personal level as he and his wife have lived in the area since 1996. They have been married for 30 years and have raised three children who received their education through the Lake County School System where his wife, Glenda, has been a teacher for almost 20 years.

“Bringing people together to build homes, communities and hope – these are all hallmarks of Habitat’s mission,” says Danielle Stroud, Director of Development at Habitat for Humanity. “Brad has personally and professionally embraced this mission for many years and we wholeheartedly welcome him to the Board of Directors at Habitat for Humanity!”